Today we’re continuing our series Legals with Lippman!  In this series, our Production Manager, Sydney, focuses on topics related to real estate legal descriptions.  Sydney helps to make sense of plats (and replats), original townsites, water rights, condemnations, and how all of this affects you and your clients’ transactions.

Of the three main survey systems, the Lot and Block System is one of the simplest. This system is often referred to as a plat and can further be referred to as a subdivision or original townsite. A Plat (also known as a plat map) is a record of a tract that takes a “metes and bounds” legal description and makes it into a simpler legal description, tied to a subdivision or original townsite. The Lot and Block system is often be used to identify individual lots, the block in which the lot is located, a reference to the platted land or subdivision name, and a description of the map’s recording information.

Many original townsites (like that of Manhattan as we see below) were created at the start of settlements when towns began to be formed. They are a simpler version of the subdivision plats seen today. They often give rough measurements of lots and blocks as well as setting out city roads and parks.

The Lot and Block system is one of the most recent used in the United States and became popular in the 19th century as cities expanded into surrounding farmland. Farmers and other owners of larger tracts of land would subdivide the property into a set of smaller lots to be sold individually. These subdivisions would then be filed with the county as a plat and often become known as subdivisions or neighborhoods.

Modern subdivisions have evolved quite a bit from the plat maps we see for original townsites. In addition to showing the individual lots, plats now include setback lines, easements, zoning, and other designations. This ensures that each lot has access to a public right of way as well as things like public utilities. An example of this can be seen in this recent plat of Rockenham Woods: 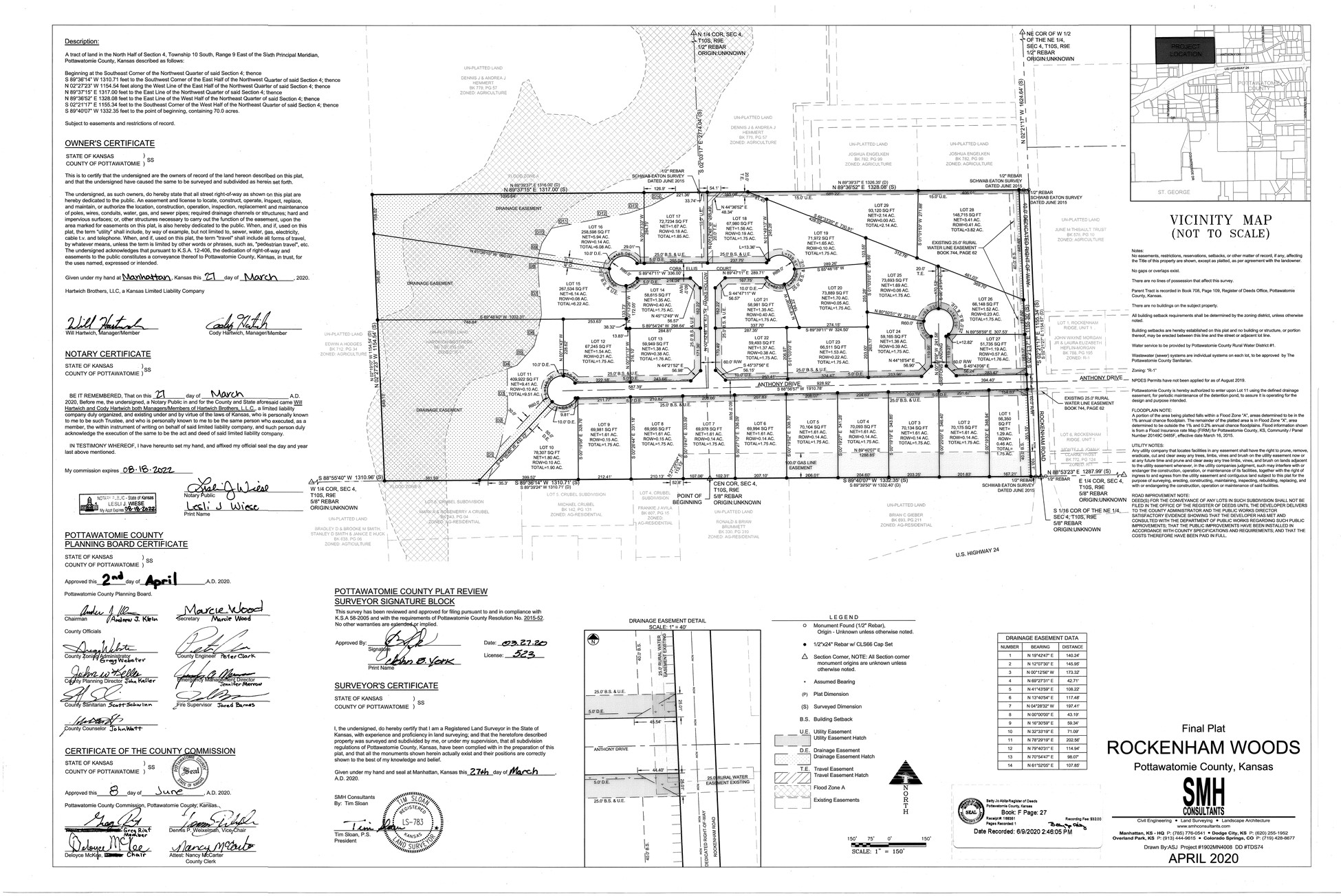 As you can see, the plat system has developed over time just like our towns and cities.  This continues to be for the purpose of keeping track identification simple. Stay tuned for the next Legals with Lippman to learn about replats and what that means for your land.  As always, if you’re brimming with curiosity about this topic or have a concern about a current transaction, give us a call!